VI GLOBAL CONFERENCE ON FAMILY FARMING: A decade to improve the life of family farmers 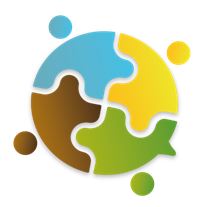 The General Assembly of the United Nations adopted the Decade of Family Farming 2019-2028 on 20 December 2017 in order to improve the position of family farmers in all five (5) continents. The declaration of the Decade ensures the continuity of the successful IYFF-2014 process by advancing the implementation of public policies and facilitating the achievement of the 2030 Agenda for Sustainable Development and its SDGs. Now, it is up to us to successfully implement the Decade by seizing this enormous opportunity, the fruit of our labour.

Later on, the launching in Rome will serve to i) give great visibility and ii) generate high-level political commitment to the Decade.

The Decade for Family Farming is our opportunity to, collectively, achieve more and better public policies for Family Farming and defend existing ones; to be a major force behind the implementation of said policies; to make sure Family Farming is understood and recognized for its worth; to put people ahead of major interests; to build a better future in our rural areas and, also, in our cities.

The meeting will bring together representatives from various governments, agricultural organizations, international organizations (such as FAO and IFAD), National Family Farming Committees, rural development associations, NGOs, cooperatives and research centers from all five continents together.

GLOBAL CONFERENCES OF THE WRF

The 5th Global Conference of the WRF, entitled LET’S BUILD THE FUTURE: Family Farming was held in Derio, Biscay, in 2015 and paved the way to implementing the successful IYFF+10, an initiative that has led to the adoption of the Decade of Family Farming 2019-2028.

Venue: The Conference will be held in the Hotel Seminario Bilbao, in Derio (Basque Country, Spain).

- For more information about the Conference, please write to: wrfconference[at]ruralforum[dot]org