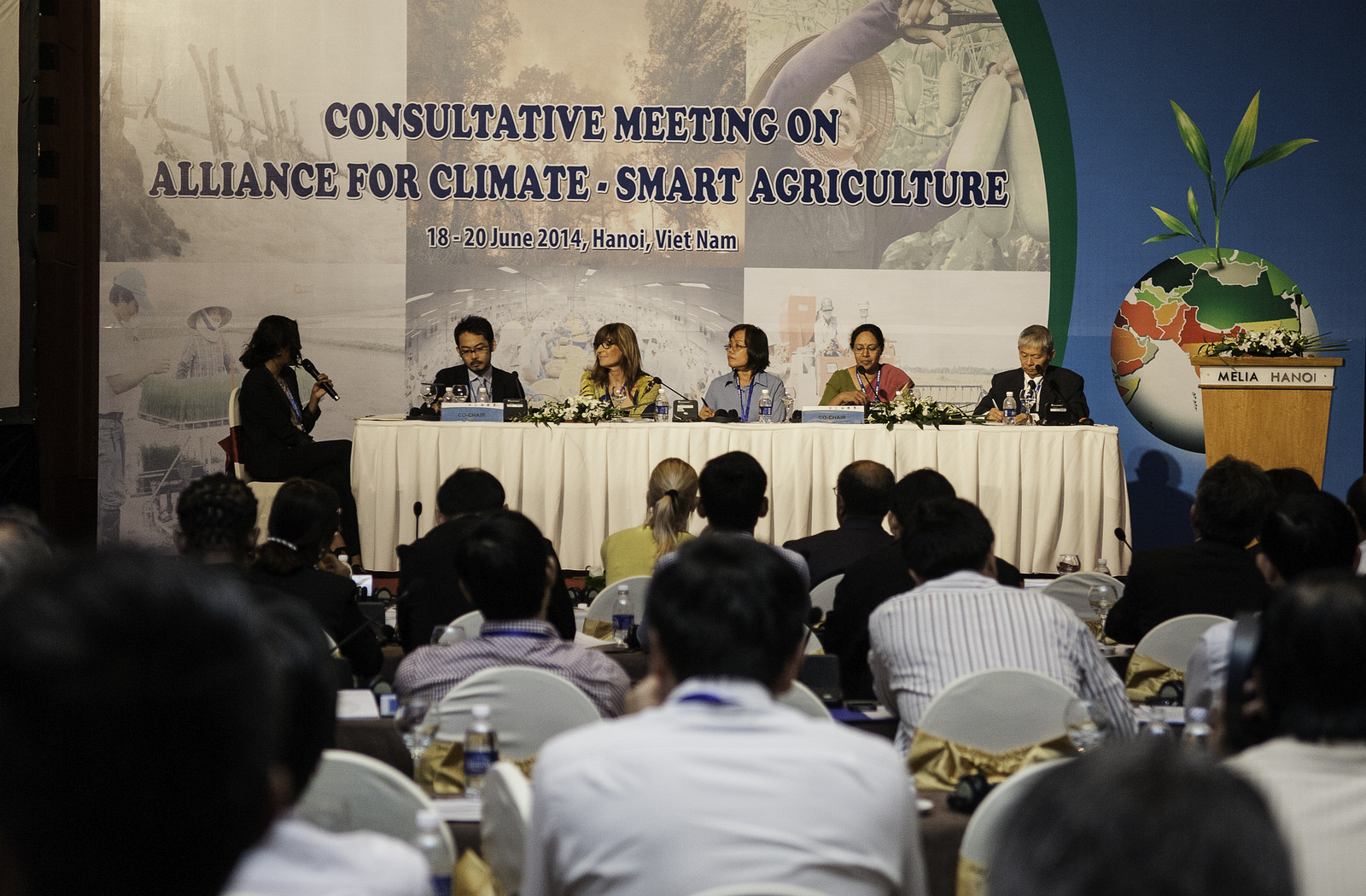 Climate Change is Real! says the lyrics of the song[1] which energized participants at the Regional Consultative meeting on the building of the Alliance on Climate Smart Agriculture (ACSA), Hanoi June 8-11, 2014.
The Governments of Viet Nam, South-Africa and The Netherlands co-organized from June 18 to 20, 2014 in Hanoi a Consultative meeting, with support from the Global Forum on Agricultural Research (GFAR), FAO, CGIAR/CCAFS and the Government of Italy, in preparation of the Alliance for Climate-Smart Agriculture (ACSA) which is scheduled to be launched during the Climate Summit organised by the UN Secretary General in New York next September. The consultation involved over 140 representatives from governments, international and regional Institutions and bilateral donors, as well as national and regional research organizations, Farmers Organizations and Civil Society Organizations were represented by a substantive number of women, mobilized by GFAR and the Asian Development Bank.

Harry Palmier, Senior Partnerships Adviser, GFAR, delivered one of the opening statements at the Consultation, and co-chaired with Mrs Pham Thi Hong Hanh, Ministry of Agriculture and Rural Development Vietnam, and Kim Van Seeters (ACSA Interim Secretariat and FAO) the final session. The Co-Chairs Summary and Proceedings of the meeting are accessible here.

[1] improvised by Hlame Ngwenya, the FANRPAN representative at the Hanoi meeting