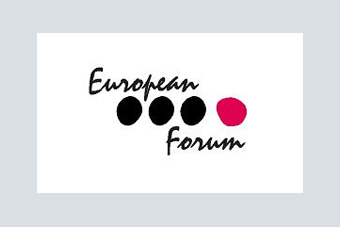 The European Forum on Agricultural Research for Development (EFARD) has appointed new leaders: Martin Kropff as Chair, Alessandra Giuliani as Vice-Chair and Judith Francis as Executive Secretary. Reflecting these changes and new directions for EFARD, a meeting of EFARD stakeholders was organized in Brussels 27-28 August, to discuss the Forum’s vision, strategy and action plan for 2013-2015. EFARD’s role has for a long time been co-sponsored by GFAR.
The meeting was hosted by the European Commission’s Directorate-General for Research and Innovation. It was attended by some thirty participants, mostly from European research institutions active in, or supporting, agricultural research for development, including the European Commission Directorates-General for Research and Innovation, for Agriculture and for  Development; University of Copenhagen, Denmark; AGREENIUM, France; BFTH, Switzerland; CIRAD, France; ETC Agriculture, the Netherlands;  EFARD Secretariat/CTA, the Netherlands; ICRA, the Netherlands;  IAO, Italy;  NRI, UK; PAEPARD, Belgium/Ghana and Wageningen University, the Netherlands. Harry Palmier represented the GFAR Secretariat.
The participation of new stakeholders in EFARD was an important and promising feature: CaoBisco and the European Cocoa Association representing the Private Sector; the AGRICORD network of “agri-agencies” linked to farmers’ organizations; the European branch of the Association of African Agricultural Professionals in the Diaspora and the NGOs Action Contre la Faim, France; SKAN Platform, Portugal and YPARD Europe.
A revised EFARD Vision was adopted which puts more emphasis on the Forum’s inclusiveness of all stakeholders and introduces nutrition into its mandate. The governance of EFARD is streamlined with the phasing-out of the former Steering Committee and creation of a multi-stakeholder Management Team directly accountable to the EFARD Open Forum. The EFARD Strategy document confirms it as an open forum, operating as a constituency of GFAR and implementing the principles of the GCARD Roadmap.
EFARD aims to become a stronger and more effective network at the European and international levels, to respond to agricultural research for development important issues within Europe and into other continents, with a priority for Sub-Saharan Africa. Specific areas of collaboration with other regions are also explored in the new strategy. These changes are very much in line with the delivery of the GFAR Medium Term Plan.
The meeting endorsed EFARD’s new management team and mandate and reached a strong consensus on ways forward to strengthen the EFARD community. EFARD will coordinate a series of Working Groups, led by its members:
Although unable to provide direct funding, the three EC Directorates (Research and Innovation, Development and Agriculture) expressed support to EFARD’s role and significance. The rationale and main elements of DG DEVCO’s new Agricultural Research for Development Strategy that is currently under development were outlined by the Deputy Head of Unit, Bernard Rey. This Strategy delivers towards EU policies and Communications on Food Security, (2010), the Agenda for Change (2011), Resilience (2012), Nutrition (2013) and Horizon 2020.
Strategic support to the role of GFAR forms part of this strategy and is considered highly complementary to DEVCO funding to the CGIAR, in delivering development impacts on small farmers’ livelihoods.
A GFAR presentation by Harry Palmier considered the implications for EFARD of the ongoing reform of the Global Forum’s Governance. A strong contribution is expected from EFARD into the deliberations of the Strategic Governance Working Group, considering new and more inclusive arrangements for GFAR’s governance. As well as further addressing its own governance, EFARD will ensure that European perspectives are reflected in this process, to be provided through the Regional Fora representatives in this Working Group. EFARD inputs will also be important for the subsequent GFAR Constituent Assembly and in the dialogue processes anticipated towards GCARD3.