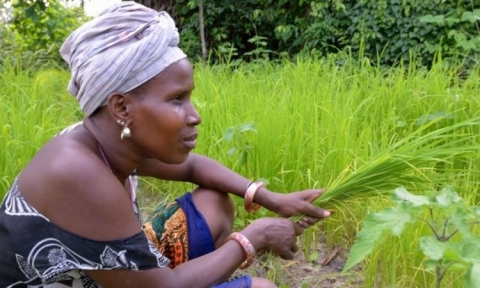 Gender inequalities in rural areas are now more and more acknowledged by governments, scientists, and farmers. Lost opportunities or potential gains from gender equality on food security, livelihoods, and development have been widely analyzed. But progress in empowering rural women in agriculture and reducing gender inequality has been slow despite the introduction of the “demand-driven” approach in agricultural research. The latter aims at allowing farmers to have their say in research projects.

The Gender in Agriculture Partnership (GAP) is a Global Forum on Agricultural Research (GFAR) initiative that aims to contribute to closing the gender gap by making innovation better serve the needs of women farmers.

Assessing demand is a critical step in agricultural research. Taking Niger as an initial case study, GAP developed a novel and direct participatory assessment of innovation priorities of farm-households. Based on the results of the case study, GAP has found five basic ways to improve agricultural research and increase impacts on gender inequality.

It is now widely acknowledged that household farms are managed by farmers and that they rely on their families for the fieldwork and for taking care of the family and non-family workers. Researchers need to find ways to better define who are the main users of information and technologies in family farms —they are not only the heads of households, but also women.

The various members of the family farm may have different needs. Men work on the farm, but may have their own private plots and additional non-agricultural income sources. Women usually work on the farm too, but they also feed workers, cook and take care of the house, perform non-agricultural income generating activities, and often have their own private plots. The time and energy that women spend on the farm is generally higher than men.

Farms are not just agricultural firms—they have a variety of stakeholders who are performing a range of activities. Rural preoccupations listed in villages tend to be much broader than just agricultural technologies.

Furthermore, the decision-making process in family firms often involves more than the household head. For example, in one household in the Nigerian community of Karma, the household head acknowledged that he was too old to participate in agricultural extension sessions and allowed his older son to decide on specific matters.

Women are at the bottom of the innovation ladder. Due to their social role, women are responsible for most reproductive tasks, such a collecting water and wood, which take up a large amount of their daily time and energy. Milling, for example, is a tedious, physically exhausting, and boring activity. In the visited villages, milling is performed twice daily and takes between two and six hours.

Many innovations, such as relevant information, a mill, or fertilizers, have high opportunity costs because many require investment. But women have fewer resources (land, time, energy, access to information, and capital) and generate less income than male farmers. In the villages, private women’s plots are smaller than those of men—or one-fifth on average. Generating higher income requires more time, energy, and other resources and women often need their husband’s permission to engage in some economic and social activities.

The study showed that while women’s consolidated needs almost always included the objective of freeing their time and energy from domestic activities, men mostly demanded agricultural inputs and technologies. Some needs, such as credit, were demanded both by women and men.

3. “Yes, women are responsible for taking care of the family”

Everyone knows that women are responsible for collecting water and wood and cooking meals. However, the socio-economic implications of the role differences within the family and on the farm are often not recognized by other members of the household, agricultural extension workers and researchers, or women themselves. For example, one woman complained that her husband was crossing a river when coming home from the fields, but still asked his wife for water to wash. And there is little incentive for change at the community level and at the research level.

4. The importance of the social environment

Social environment has an impact on the way community members decide about their needs in various ways. First, individuals will rarely demand something out of the domain of the facilitator (and her/his institution). They might want to please her/him or not want to embarrass her/him with a demand that cannot be fulfilled. For example, community members will not ask a health facilitator about modern crop varieties.

Second, the case study found that it is important to give community members time to reflect on their needs and to agree on their priorities. In villages where positive inter-groups relationships prevailed, the decision process went smoother and included all groups, including women.

This is what a female farmer in Niger said after the participatory need assessment. It summarizes a simple fact: we only change our way of doing things when we know about innovations and their potential benefits and costs. The more we know about something, a new technology or a new way of doing things, the more we might be willing to adopt it. Access to information is relevant.

None of this is really new information. It is, however, urgent to find ways for transferring current knowledge at practical levels, at all innovation phases, and to reach a critical mass so that changes can be perceived at a larger scale. Here are simple recommendations for engendering need assessment and research at a very practical level:

1.     Invite all members of rural farming communities for needs assessments, including women, men, and youth.

3.     Allow community members to take time to reflect on their own issues, on potential solutions, and hold discussions amongst themselves.

4.     Share your own knowledge and expertise to enrich the innovation process.

5.     Enable community members and yourself, too, to think globally, in a holistic manner, out of the box, and outside of “traditional” agricultural technologies.