From Forgotten Foods to Foods of the Future 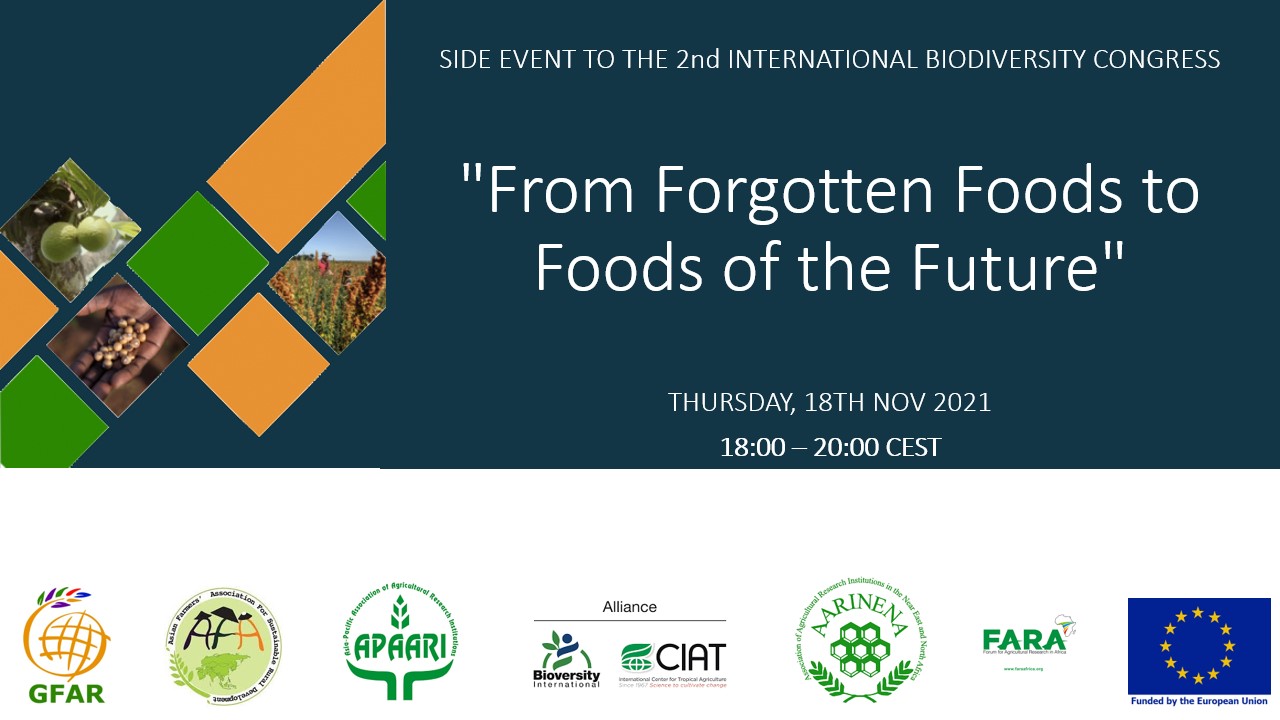 On the sidelines of the 2nd International Agrobiodiversity Congress, GFAR held an event to highlight the status of the implementation of the Global Plan of Action on Forgotten Foods and give further visibility to this endeavor.

The side-event titled "From Forgotten Foods to Foods of the Future" brought together some of the key partners involved in the making of the Global Manifesto on Forgotten Foods as an output of the related Collective Action, namely the Alliance of Bioversity International and CIAT, Crops for the Future, APAARI, AARINENA, FARA, AFA.

With the wealth of the different perspectives and regional strategies expressed within the new global framework to support Forgotten Foods facilitated by GFAR, the following key elements emerged:

2) The establishment of dynamic, wide and diversified communities of practices ready to form knowledge and implementation alliances.

3)The willingness to start with mapping and enhancing what the farmers are already doing, placing them at the center of the initiatives.

On this basis, GFAR announced its willingness to facilitate the emergence of concrete projects/concepts notes aimed at empowering smallholder farmers and their organizations to govern, manage, and sustain agrobiodiversity-based livelihoods, in particular the use of forgotten foods, to enhance their resilience, economic situation and to bring better nutrition into their fields, plates, and value chains. Together with the Alliance of Bioversity Intl and CIAT and Crops for the Future, GFAR will hence support the design of initiatives - with a regional/ country focus reflecting the Global Plan of Action - for which opportunities for financial support will be sought.

Speaking during the GFAR Executive Secretary Dr Lingnau reiterated the importance of collaboration by saying        "We are happy to be a part of this joint endeavour and we invite like minded parties to be in touch with us to take it further and support implementation as much as possible".

Did you miss the event? Watch the whole recording below: