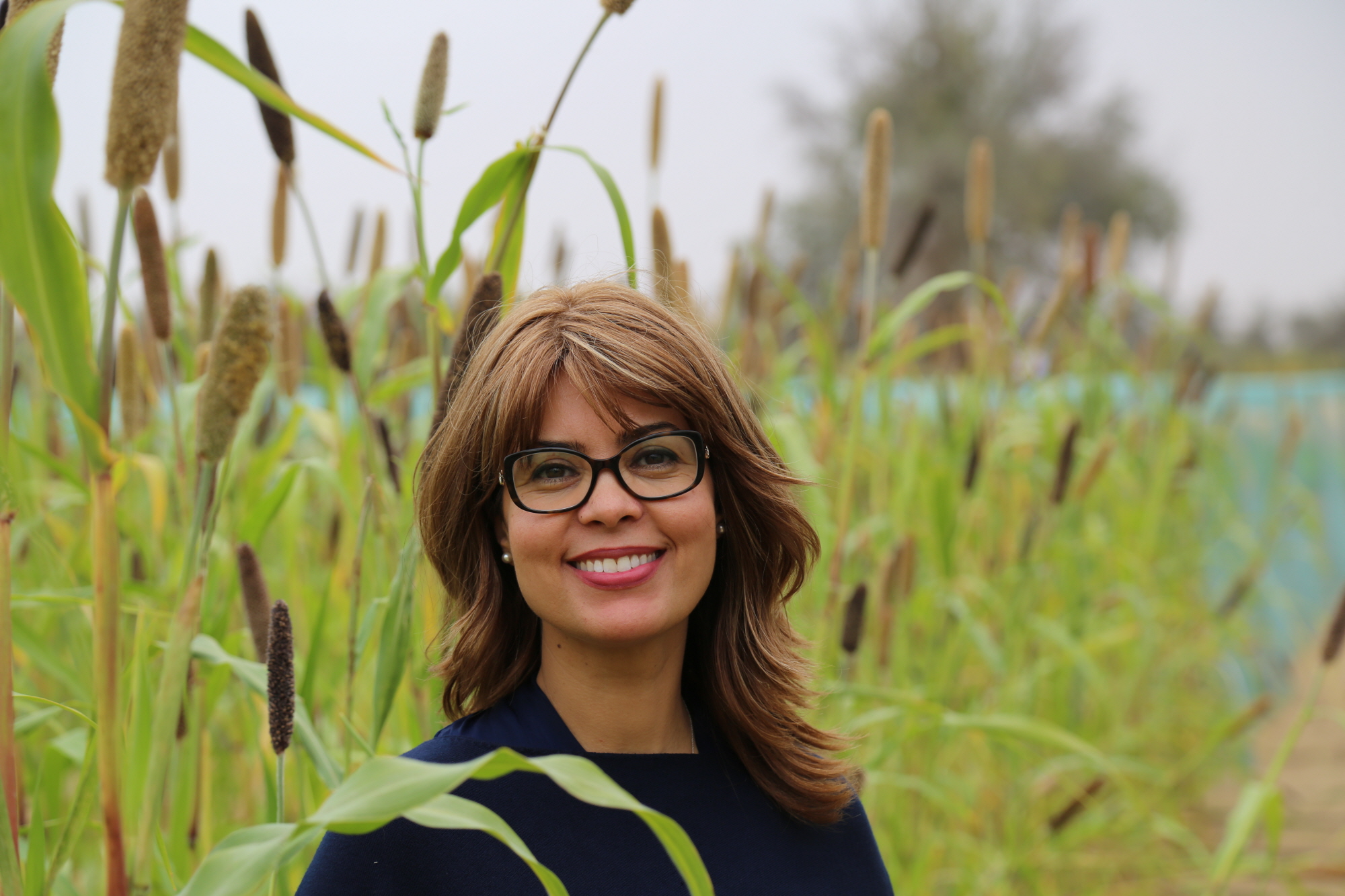 Dr. Ismahane Elouafi has studied plant breeding, agriculture and genetics, and in November became the first Chief Scientist at the United Nations Food and Agriculture Organization in Rome. The staff of GFAR Secretariat, hosted by FAO’s new Office of Innovation (OIN) which Dr. Elouafi heads, congratulate her on her new role.

Following are excerpts from an interview with the Chief Scientist by New York Times’ Farah Nayeri on her path to becoming a role model for women in agriculture. To read the full article “10 Women Changing the Landscape of Leadership” by Jessica Bennett, click here.

You were born and raised in Morocco, and initially went to military school to become a fighter pilot. What happened?

When I was in high school, I was very good at mathematics, so my teacher encouraged me to enroll at a special aeronautics school where they were training Morocco’s first female fighter pilots. I was quite a hardheaded kid, so I got my parents to accept. I was in the program for three years. But then the military decided to stop it. They said women were not ready to become fighter pilots. To this day, more than 20 years later, there are no female fighter pilots in Morocco.

I was 17, and found it really unjust, really unacceptable. Why could I not do what a man could do? That was my feeling at the time, and it still is. We need equal opportunities for women. Even if we have to engage in positive discrimination, I think it’s necessary.

You switched to studying agriculture and genetics, and later moved to Canada to serve as the director of research and partnerships at the Canadian Food Inspection Agency. You then moved to Dubai to lead the nonprofit International Center for Biosaline Agriculture. What was your job there?

The United Arab Emirates are in a really deserted area, and all the water they have is saline. The ecosystem is very difficult to work with: very hot temperatures, very scarce waters, very poor soils. You need lots of innovation. My job was to use genetics to breed crops that could withstand salinity and grow in very hot temperatures.

The center tries to find plants that can absorb salt — that can do the desalination for you. We worked with halophytes, plants that love salt, and developed a halophyte-based diet, where you mainstream those plants and find ways to use them in your dishes. One such plant is Salicornia — it’s a plant that you irrigate with seawater.

You’re now at the Food and Agriculture Organization, which works to combat world hunger. What are you doing as its first chief scientist?

They needed a person in charge of bringing science and innovation into all programs and decisions at F.A.O. — as a way to increase the impact that we can have on the ground, be it for malnutrition or poverty alleviation.

How big a challenge is climate change?

The changes are horrific. The people that understand it the best are farmers. I don’t think there’s any farmer that will tell you, “It’s the same as 10 or 15 years ago.”

Not only is the climate heating up, but we have huge variability. In a region where it always used to rain, let’s say, in the middle of January, people start having no rain at all in January. Maybe it happens in February or March. All of this affects cycles and affects productivity. This affects my job in terms of malnutrition and poverty.

To read Dr. Elouafi’s bio and more about her position in within FAO’s new core leadership structure, click here.