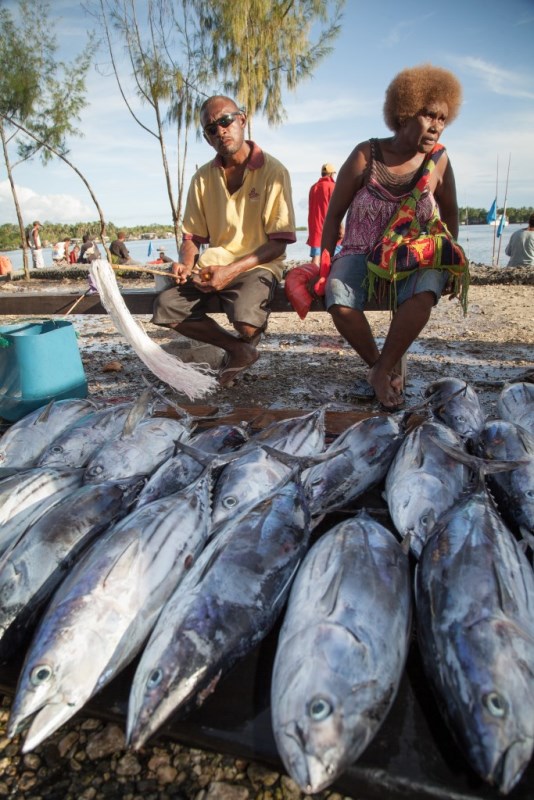 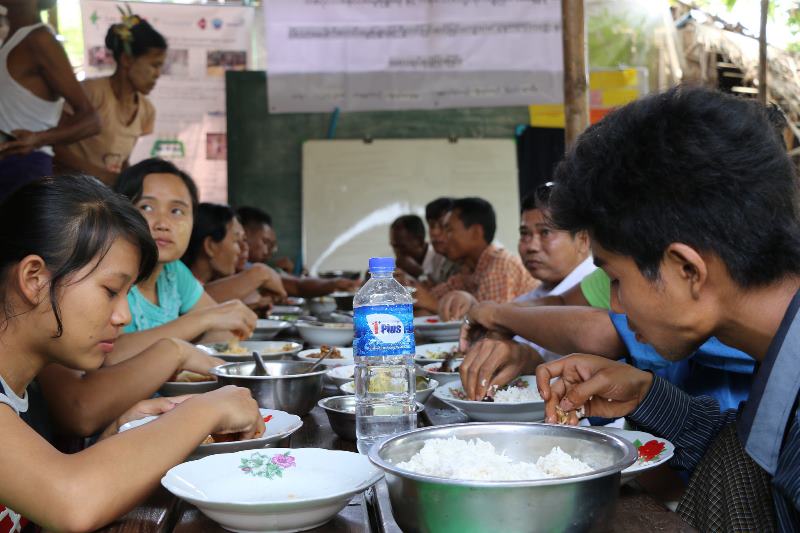 Americans have long been touted as the poster children for obesity. However, new data shows that the isolated communities of the Pacific Islands are home to an unparalleled epidemic of this global problem. The majority of countries with the highest rates of obesity in the world are Pacific island nations. In some areas, obesity has surged to more than 70 percent among adults. A staggering 75 percent of all adult deaths in the region are due to non-communicable diseases such as obesity and diabetes.

In part, this obesity epidemic can be blamed on increased reliance on affordable, highly-processed, nutritionally-poor foods which are replacing traditional foods.

And, at the same time that obesity is expanding waistlines across the region, chronic undernutrition remains a serious public health problem with rates of 50 percent in Papua New Guinea and 33 percent in the Solomon Islands. This double burden of malnutrition highlights a need to diversify the food supply and reverse the public health problems associated with changes in diet.

But, a new study published in the peer-reviewed journal Marine Policy shows that a more equitable distribution of the region’s rich and largely sustainable tuna resource has a strong role to play in reducing incidences of obesity and other non-communicable diseases.

Fish, including tuna and those species caught from coral reef fisheries, is a major component of the traditional Pacific diet. Two to four times the amount of fish is consumed here compared to the global average.

Fish provides nutrients and micronutrients that are essential to cognitive and physical development, especially in children. Fish is often the most affordable animal source of protein in the world’s poorest countries.

Given the known health benefits, Pacific Island governments have been encouraged to maintain these high traditional levels of fish consumption by providing access to a minimum of 35 kg of fish per person per year. However, there is growing concern that consumption is declining alongside other elements of traditional diets.

In the Pacific islands, catches from coral reef fisheries, mangrove and seagrass habitats are declining. These same areas are the most accessible to local fishers. Coral reef fisheries are expected to decrease by 20 percent by 2050 as a result of increases in sea surface temperature and ocean acidification.

Most of the world’s tuna comes from here and is caught by industrial fleets. Licenses granted to foreign vessels are a significant revenue earner, generating USD$5bn for Pacific island countries annually. Up to 80 percent of that catch is controlled by and exported to China, Japan, Taiwan South Korea and the USA.

The potential for local communities to profit from this rich natural resource is far from being fully realized, particularly in terms of increasing local access to the fish required for good nutrition.

The Marine Policy study shows a shortfall between the amount of tuna required for consumption in a healthy diet and today’s catch from the coastal fisheries that supply most of the fish for Pacific Island populations.

One way of improving access to fish for coastal communities is to scale-up the use of nearshore fish-aggregating devices (FADs). FADs are floating platforms, easily reachable by paddle canoe, that attract fish. Nearshore FADs, used by small-scale fishers, are different from the drifting FADs used by large-scale industrial purse-seine fleets that are subject to international criticism for causing overfishing of some tuna species and the depletion of non-target (bycatch) species. The types of tuna caught using nearshore FADs, a subsistence and small-scale commercial fishing method, are not considered to be under threat.

Nearshore FADs play such a crucial role that they can and should be considered a part of the national food security infrastructure. Island governments should adopt policies that support their use and upkeep. Yet, nearshore FADs alone cannot ensure more resilient livelihoods for coastal communities or improved nutrition. Rather, they are best considered as part of a toolkit for fisheries management within broader development plans.

A range of other policies could be imagined that support the Pacific tuna fisheries’ contribution to food security. Among them incentives could be developed for the private sector to distribute lower-value tuna and bycatch offloaded by industrial fleets at regional ports. Likewise, policies could be developed to encourage coastal fishing communities to focus effort on oceanic fisheries resources in order to supply more tuna for local consumption.

Strengthening the governance and protection of coastal fish habitats will also be required. Research is needed on the effectiveness of the industrial fishing exclusion zones that are declared to provide coastal communities with access to tuna. In parallel, continued stock assessments and more observations about how ecosystems supporting tuna respond to fishing pressure, climatic variability and climate change are required. These would improve knowledge about the abundance of tuna and help secure the economic and food security benefits available from these valuable fish.

At the international level, provisions in relevant treaties could be strengthened to better manage bycatch and fish catch. WorldFish is working with policy makers, NGOs and international organizations to improve the productivity of fisheries and aquaculture in the Pacific and worldwide.

For the people of the Pacific Islands, increasing access to fish has never been a more urgent concern. Diversifying the use of the rich tuna resources and ensuring strong governance and protection of coastal fisheries is essential to providing better local access to fish. Doing so promises to help improve the health of the 2.3 million people that occupy this unique and diverse region as they confront their obesity crisis.

This news item is part of a Partner Spotlight on World Farmers' Organization (19-23 September) and is adapted from an article featured in the September 2016 issue of WFO's F@rmletter.