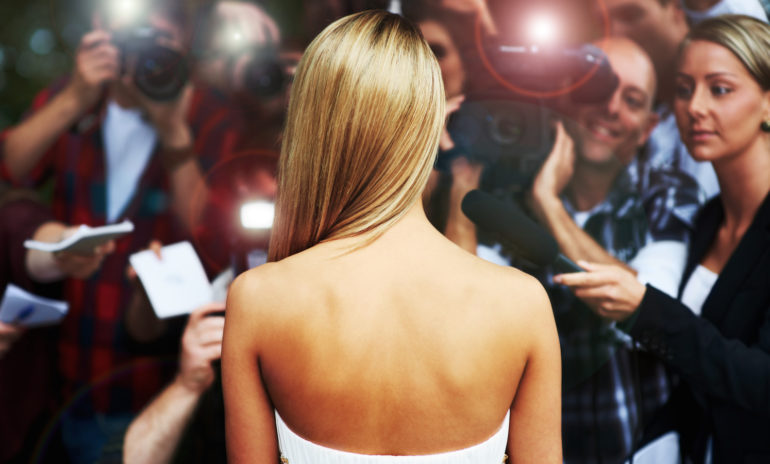 Star status can bring the opportunity for celebrities to wear many hats and draw attention to environmental and health issues. Whether they are producing or performing music for fair trade campaigns, designing ethically sourced products, or growing food for the hungry, these 10 stars are using their fame and dollars to advocate for a more sustainable food future for all.

Jason Brown: After leaving his NFL football career in 2012, Brown took up farming to help feed North Carolina’s hungry. His 1,000-acre farm, First Fruits Farm, donates its first fruits of the harvest to local food pantries. A self-taught farmer, Brown donated more than 46,000 pounds of sweet potatoes and 10,000 pounds of cucumbers to food pantries in 2014.

50 Cent: In addition to being a member of Feeding America’s Entertainment Council, 50 Cent also aids in the fight against hunger through his Street King initiative. With every bottle of his Street King energy shot sold, he funds one meal for a child in need through the World Hunger Programme. Having funded 3.5 million meals so far, he aims to provide 1 billion meals. To combat hunger in America, 50 Cent has also partnered his SMS Audio brand with Feeding America to additionally fund 250 meals with every headphone set purchased in the U.S.

Coldplay: As a global ambassador for Oxfam International, Coldplay has vocally supported and furthered the reach of the organization’s mission to end global poverty, injustice, and hunger. Promoting Oxfam’s GROW and Make Fair Trade campaigns while on tour, Coldplay helped disseminate the message to more than 100 million people. Lead singer Chris Martin has also traveled to Ghana and Haiti to observe the effects of unfair trade on farmers.

Michael Kors: Michael Kors is a Global Ambassador Against Hunger for the U.N. World Food Programme. Since 2013, Kors’ Watch Hunger Stop Campaign has helped to provide more than 10 million meals to children through the WFP’s School Meals Programme, while also engaging other celebrities on the issue of world hunger through their involvement in the campaign.

Kate Hudson: Joining Michael Kors and his campaign to alleviate hunger worldwide, Katie Hudson serves an ambassador and spokesperson to Watch Hunger Stop. In helping to launch his latest watch style for the campaign, every watch sold will provide 100 children a nutritious meal.

Jamie Oliver: In addition to being a celebrity chef, Jamie Oliver further works towards building a stronger and healthier food system through his foundation, the Jamie Oliver Food Foundation. By providing food education programs and global campaigns to influence international food policy, the Foundation works to transform people’s lives by both improving access to good, fresh, and real foods and equipping people with cooking skills. He is also active in lobbying the U.K. government to establish a multi-sectorial Child Obesity Strategy to improve children’s nutrition and reduce obesity. In 2016, Oliver’s Foundation has been present at key global events including the World Health Assembly, The Nutrition Growth Summit, and the U.N. General Assembly, championing policy to combat childhood obesity.

Neil Young, John Mellencamp, and Willie Nelson: In 1985, Young, Mellencamp, and Nelson hosted the first Farm Aid concert to draw attention to the loss of family farms and to raise money to keep farming families on their land. To date, Farm Aid has raised more than US$50 million to support family farms in America by promoting food produced by family farms, supporting fair farm policies, and providing resources that help farmers thrive.

This news was originally published by Food Tank: The Food Think Tank, a Partner in GFAR.