CCAFS looks back on an important year 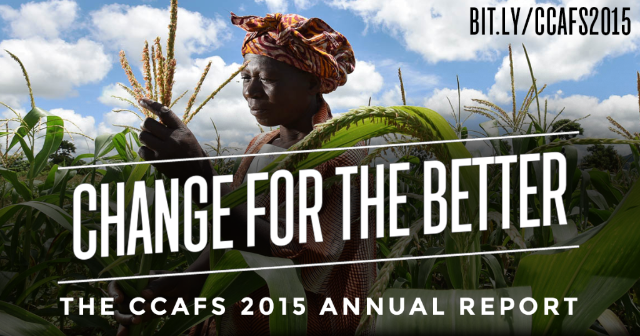 2015 was a crucial year for climate research and action. Agriculture gained prominence in the Paris climate agreement, and CCAFS science increasingly informed initiatives to enhance millions of farmers’ resilience to climate impacts and help them reduce emissions.

There was strategic support to 9 national and 23 subnational initiatives, with scientists closely partnering with policy makers to strengthen the national plans that will deliver the Paris Agreement, among others.

At the farm level, CCAFS continued to deepen engagement with farmers, through collaboration in climate-smart villages.